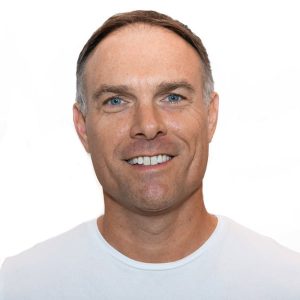 Gary Conroy is a Serial Entrepreneur, Educator and Business Consultant.
He is the Founder and CEO of The Startup Studio whose mission is to bring real change to education.

Our First President on the Endeavor of Entrepreneurship

If one of my students were to ask me what are the most fundamental elements that must exist in order for an individual to walk a path of success in entrepreneurship, I would answer with ease. In broad terms, there are 3 principles that must be prevalent in an individual’s life if they hope to experience a strong likelihood of building sustainable and profitable value propositions perfectly aligned with their passions and interests. Those being …

All successful entrepreneurs know this one. Steve Jobs referred to it as connecting the dots. Dots that can only be seen once you have the luxury of hindsight. Dots that can only be connected as a result of your willingness to continue through your failures, and dots that can only be connected if the entrepreneur is willing to step out constantly and experiment. That means living in the real world as early as possible. It means letting the markets tell you what they need. It means trusting to fail from the earliest age possible knowing that this risk can never cause a negative outcome as long as you learn from the failure and pivot accordingly. It means working hard and pushing your work ethic to its limits, ensuring you understand that nothing comes easy – least of all entrepreneurship.

My entire life I have been blessed to have amazing mentors. From the General Manager of the auto supply store I worked at when I was only thirteen years old back in Dublin to the various sophisticated business people that took me under their wings as I rose up through my career. I always had mentors. People who simply believed in me and gave me encouragement. People that gave me access and chances to learn even if, from time to time, I fell short. They let me fail knowing I would figure it out. Their encouragement allowed me to be the entrepreneur I am today. Their mentorship allowed me to ultimately build my brand and become the best version of myself. Without these people I may not have gotten here. For the record, these were not easy people to work with. They were not kind all of the time. They were mostly very tough individuals all themselves accomplished and masters of their craft and they likely saw parts of themselves in me and as a result chose to play a role in encouraging me forward.

Something I find myself repeating to my students daily is that Entrepreneurship is an endeavor that will only succeed if you realize that, in the end, what investors, mentors, and the community at large buy into is not ideas, nor products nor companies. It is YOU. People buy into people. Probably the greatest attribute an entrepreneur can have is the ability to connect with other human beings on a profound enough level that it inspires everyone around them. Their exemplary work ethic, their strong and honest leadership and, their out of the box creativity. These imperative attributes, all combined with the ability to connect with people on a real level, are what create relationships that will elevate you throughout your career and create the kind of fulfilling relationships that can last you a lifetime.

I believe that with these 3 essential principles in play a person has now created an environment in which to potentially live out a life of successful entrepreneurship.

An Interview with Edward Lengel

In his book “First Entrepreneur” Edward G Lengel, an American Military Historian who is now Chief Historian of the White House Historical Association, does a remarkable job identifying George Washington, our first President, as an exceptional entrepreneur and outlines a very clear path on how Washington built his and the Nation’s prosperity. As a true lover of American History I naturally enjoyed the book and completely appreciated the research that went into it, research that Ed by his own omission claimed was quite challenging.

What truly moved me was learning about President Washington’s early years. The very things I repeat day in and day out to my own students Washington was living it out on the pages. His early life was steeped in the three very elements of Experiential Learning, Mentorship and Relationship Building that I cannot stress enough are the quintessential elements that young people must embrace as early as possible if they wish to find fulfillment. The very foundation of Startup Studio’s learning principals were lived out by our Founding Father some 250 years ago. I was so moved by this that I decided to connect with Mr Lengel as I had been given a signed copy of “First Entrepreneur” from a student of mine and Edward’s business card was inside.

I emailed Ed and a day later we were on a phone call together. We shared our stories and our passions and we quickly learned that both of us are living in the space of being change-makers in education. Edward was highly complimentary of the work The Startup Studio was engaged in and I was fascinated to learn how he was using his expertise in American Military History to offer experiential learning workshops for students as well as professionals. I asked Ed if he would be part of writing an article that would put our first President at center stage to illustrate the importance of these three essential elements in the entrepreneur’s journey and he very kindly agreed.

In light of the principles I outline above I put together 5 essential questions for Mr Lengel that I believe all young entrepreneurs want to know the responses to and asked him to answer these questions through the lens of our First President.

1. How important is experiential learning in creating an entrepreneur?

“George Washington learned entrepreneurship through hands-on experience. So should today’s students and budding entrepreneurs. Although Washington probably read Adam Smith’s The Wealth of Nations and other books that gave him a broad knowledge of capitalism (he even bought a “get rich quick” book as a young man), his successes were all self-taught. In particular, he loved to experiment. When facing a problem of investment or finance, Washington studied it carefully by reading and learning first hand (for example, learning how his experimental gristmill and whiskey distillery operated). This gave him the tools he needed to experiment with solutions and find the right way forward.”

2. Are entrepreneurs born or made?

“Everyone has native-born talents. But not everyone knows what they are and how to use them. The key is clear self-knowledge. Washington became a successful entrepreneur by cultivating understanding of himself: where he was talented, where he was not, and how to make himself better in light of what he aspired to achieve. He would have argued that everybody is born a potentially successful entrepreneur, but that they become so only through effort. Ultimately each person must follow their own road to success, but also look to mentors to help them along the way.”

3. What ultimately makes someone a great leader?

“Humility. Nowadays almost no one understands what the word really means. Students generally don’t like to admit to being humble, and neither do entrepreneurs. Humility, though, doesn’t mean thinking you’re not good enough. It means, as I said above, clear self-vision. Look yourself in the mirror. Recognize your talents—that’s not arrogance; it’s realism. See your defects. Everyone has them. Some can be overcome, some can’t; but if you know who you are, you can become the best version of yourself and inspire others to do the same.”

“Responsibility: Washington recognized in all humility that he had the talents and experience to be a great leader. But that wasn’t enough. The most important thing was that he felt the responsibility to lead. For him, the war for independence was about achieving economic freedom so that each American could achieve prosperity. Since he believed in that, he felt the responsibility to give everything he had to lead and make independence possible. And once he became a leader, Washington’s astonishing work ethic commanded the respect and eventually the love of those who followed him.”

4. How important a role does mentorship play in helping create a great entrepreneur and leader?

“Washington relied on mentors throughout his life. His mother mentored him in the importance of practical experience and realism. His older brother Lawrence taught him how to dream of big achievements. As a teenager, George Washington was mentored by the Fairfax family in how to work, how to save, and especially how to recognize potential (as opposed to obvious) wealth. Even as an adult, Washington turned to experts and friends, including his wife, for counsel when he felt out of his depth. Finally, Washington mentored others: not just family members and employees, but young investors. He recognized that promoting the principles of successful entrepreneurship for all Americans would ultimately enrich everyone.”

5. What key characteristics does a person need to have to become a successful entrepreneur?

“Washington had the vital elements in his own character. He was bold and imaginative. He was a visionary who set big goals, and—this is vitally important—kept them constantly in view as he strove to achieve them. Because of his hands-on experience, he understood how things worked and saw the little things that mattered, such as how to acquire, fund and maintain fundamental resources. Because he knew how to dream, he always kept the big picture in view. In other words, he saw both the forest AND the trees. And although Washington was not afraid to take calculated risks—and often did—he worked toward his goals methodically. Finally, because of his experiences on both ends of mentorship, he understood the importance of human relationships and collaboration. Those are some of the characteristics that make for successful entrepreneurship today, just as they did in the eighteenth century.”

All too often we forget the incredible challenges the early founders of this great nation faced. We sometimes glorify them without thinking about their individual journeys, their struggles and their incredible resilience. All too often we regard entrepreneurship as a new endeavor. There is always a new book on methodologies. There is always the next fancy model illustrating how best to avoid failure. While I can appreciate the evolution in the discipline of entrepreneurship, and while in a digital age there are certainly innovative approaches to ensuring best results, the importance the principles outlined in this article play in the role of creating successful entrepreneurs cannot be undermined.

Whether 18th century or 21st century, I would encourage all young entrepreneurs to look to our First President and remind themselves that there are certain aspects of entrepreneurship that will never change. You must recognize them now if you expect to have any chance of building your idea into an efficient, sustainable and profitable company someday.